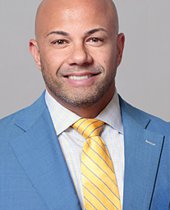 Sohail is a fitness enthusiast who works hard not just in the real estate world but also on his health, body, and mentality. He has competed in numerous competitions for bodybuilding in the past and currently works out daily to stay healthy and fit.

Sohail is also a loving father of three little girls and husband to his beautiful wife. He loves to spend time with his family, travel and work on different projects he has created.

Sohail started in the real estate industry as an investor when he was 20 years old, making his first purchase on a single-family home as he finished earning his bachelor’s degree in Network Engineering. As he became bit by the “real estate bug” Sohail start buying multi-unit buildings a year later. Since then Sohail as owned and operated a successful mortgage company while he transitioned to residential sales. He then became involved with development and built houses, bought and sold many properties and worked on large condo conversions. Sohail has a passion for helping others achieve their goals as he had, so he turned his focus to brokerage services and opened his own firm.

Sohail founded the Sohail Real Estate Group in 2012. He has a clear vision to help people achieve their goals, providing white glove service to all his clients that are above and beyond any other real estate brokerage. Sohail has earned awards from the Chicago Association of Realtors year after year for Outstanding Achievements as well as awarded Top Producer of his industry.